On Thursday 21st June, Future Foundations hosted their first ever Global Social Leaders Festival at Wellington College. The event ran alongside the prestigious Festival of Education 2018, and was attended by students and teachers from schools across the country who want to become leaders of positive change in their community.

The aim of the day was to celebrate and reflect on Future Foundations’ hugely successful Global Social Leaders Sustainable Development Goals Competition challenge by sharing the projects and winners, in addition to inspiring a new generation of Global Social Leaders to get involved in next years’ competition.

The Festival was opened by Jon Harper, CEO. Jon encouraged students to look at what others around the world are doing, and to be inspired by them. He said, ‘replication is the best force in the world, rather than simply reinventing the wheel’, immediately setting the theme for the day: the true meaning of Global Citizenship and the collaboration of global citizens in order to make change.

Jon then welcomed Zander Woollcombe, the Director of Woollcombe Consulting, a development sector specialist with over a decade of experience of working for Foundations, NGOs, international organisations and political parties. Zander introduced the Sustainable Development Goals to the participants, telling them they are a common language for young people around the globe who want to enact change. He inspired them to not let their youth hold them back, telling them that it is the best time in history to be a young person and that the younger you start caring, the more of an impact you are going to have over your lifetime. He concluded by saying that if they can do one thing today, it should be to tell someone else about their favourite Goal, and to share ideas of what they can do to make a difference. 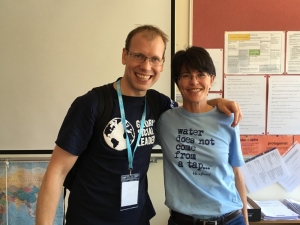 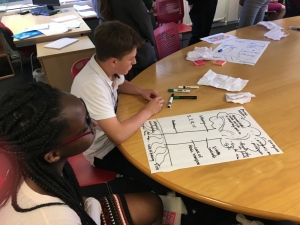 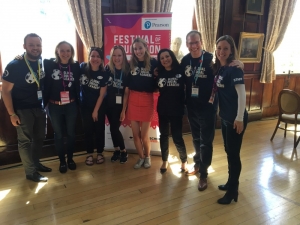 After the opening plenary, the students split into groups for their first session with FF coaches: Jakub Goscinny, Lina Akbar and Liv Hildebrand. They defined Global Citizenship, discussed the importance of thinking globally and chose issues that they were particularly passionate about. Having been encouraged to discover the key issues that really mattered to them, the participants were ready to learn how to take action against those issues in the afternoon ‘Take Action’ plenary.

After a short break, participants selected to attend a workshop hosted by one of our four esteemed guest speakers. Tazmin Ratcliffe, the CEO of Impact Trust and an Ashoka Fellow, led her group in a discussion about how to make an impact, encouraging them to identify a problem statement and showing them that everyone can make a positive difference. Alex Bell, Director, Portland Education, led a session tailored to help students identify their purpose by asking them to find their ‘why’ and by stressing the importance of collaboration. The third guest speaker was Katerina Vittozzi, a Sky News Correspondent and Old Wellingtonian, who discussed the value of the media in enacting social change. She showed the students different ways that collaboration with the media could help their current or future projects and helped them strategize ways to get media coverage. Finally, Katy Granville-Chapman, Deputy Head, Wellington College, led a session called ‘Leading for Impact’, in which the students shared their dreams and learnt about the neuroscience of flourishing and the importance of emotional intelligence in leading and understanding your team. All four sessions were extremely well received, and the participants went to lunch in high spirits.

I’ve learnt how important it is to go outside of where you live and meet people with the same opinion as you.

It was made clear to us how easy it is to make a difference, even if the start is small – small groups can make a big difference.

The afternoon started with Future Foundations coach Lina Akbar leading a ‘Take Action’ session. It opened with a student, Celia, Townley Grammar, presenting her SDG challenge project to the group, which was both well researched and extremely eye opening on the topic of water security. Next Fin, Wellington College, spoke about his team’s very successful project which raised money to purchase supplies for food banks.

Following that, Lina and Amy introduced the Future Foundations 30 Day GSL Challenge. The challenge encourages participants to test themselves by breaking or starting a habit for 30 days, and every student at the Festival filled in their own pledge to participate. The students were asked to think about an SDG and look at ways that they as individuals could commit to changing that would help address the issues. One student shared that they would use a re-useable water bottle, another that they would not turn the gas on until ready.

The winner of the GSL SDG Competition 2017-18, Refugee Help, Shrewsbury School, was announced and we all had the pleasure of watching their incredible digital submission. The team’s project was Refugee Help, which raised awareness of the refugee crisis and aided the integration of unaccompanied asylum seeking children into their local community. Anna Peak (Teacher), accepting the reward on their behalf, stressed that they achieved their goals by using institutions already in place in the school and community, for example inviting the refugees to participate in a football game the school was already hosting. The project was incredibly inspiring, and we can only hope it has inspired a new generation of teams and projects to make equal impact!

Thank you to all the schools who attended:

Sign up and you will receive updates to support you on your journey.

Ideas to get you started:

If you are interested in participating in our GSL SDG Competition 2018-19, which is free to enter, please register your interest here. We still have some limited places available on this summer’s World Summit and would love to see you there.