This page contains key information on the GSL World Summit you will be attending at Wellington College, UK.

If you haven’t yet booked your Welcome & Departure package, there is still time to do so. It will take the hassle out of planning your accommodation and food after your arrival. All you need to do is arrive at Heathrow airport and we’ll take care of the rest! 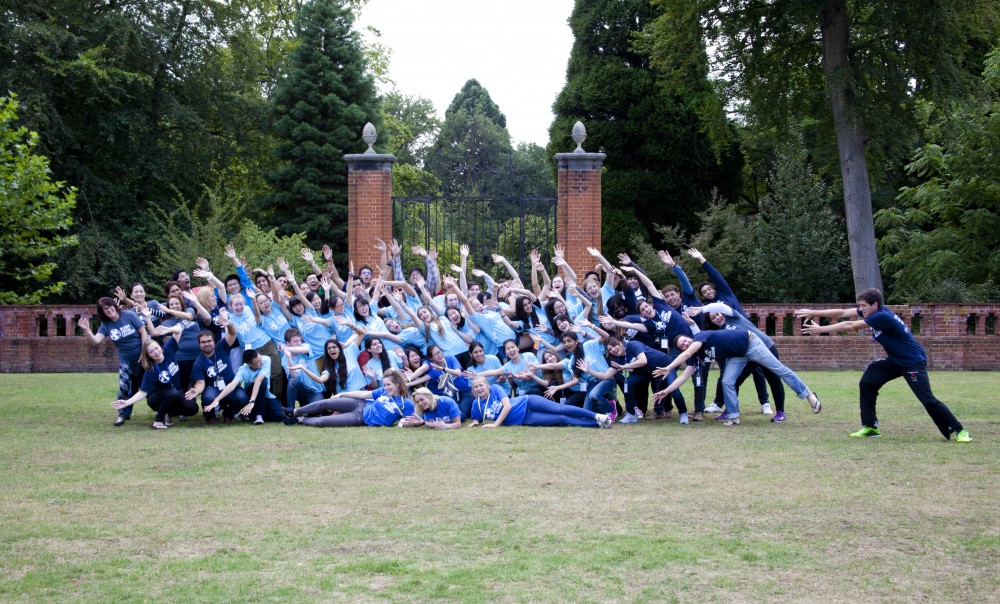 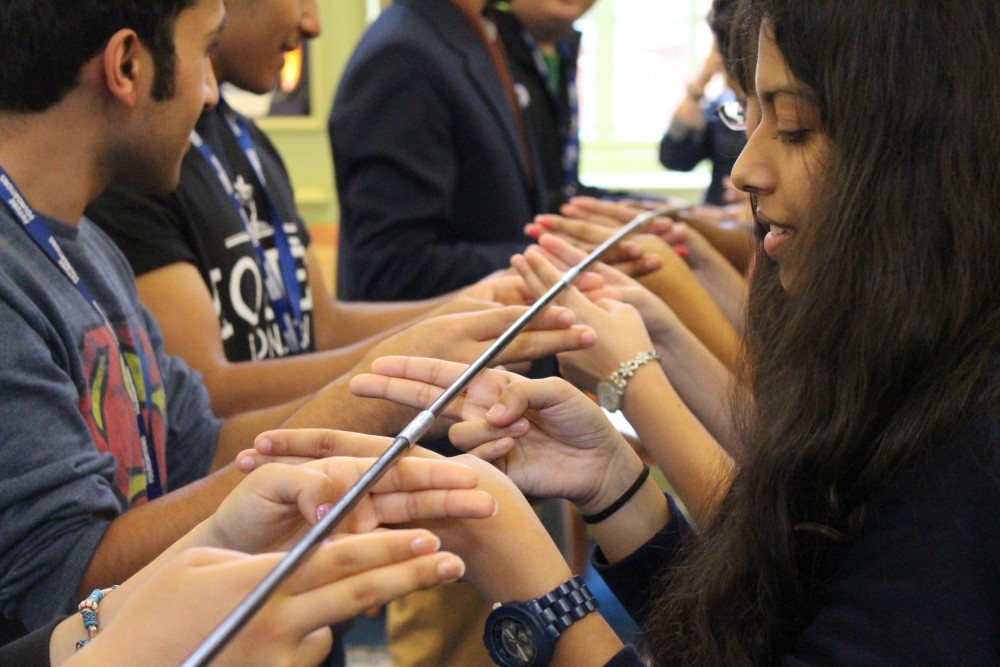 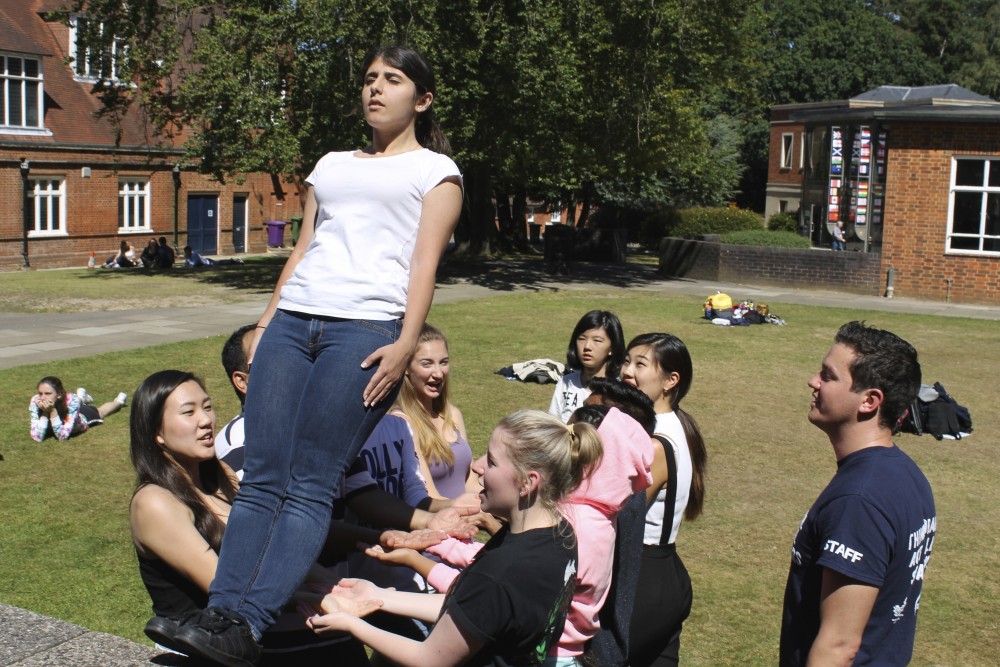 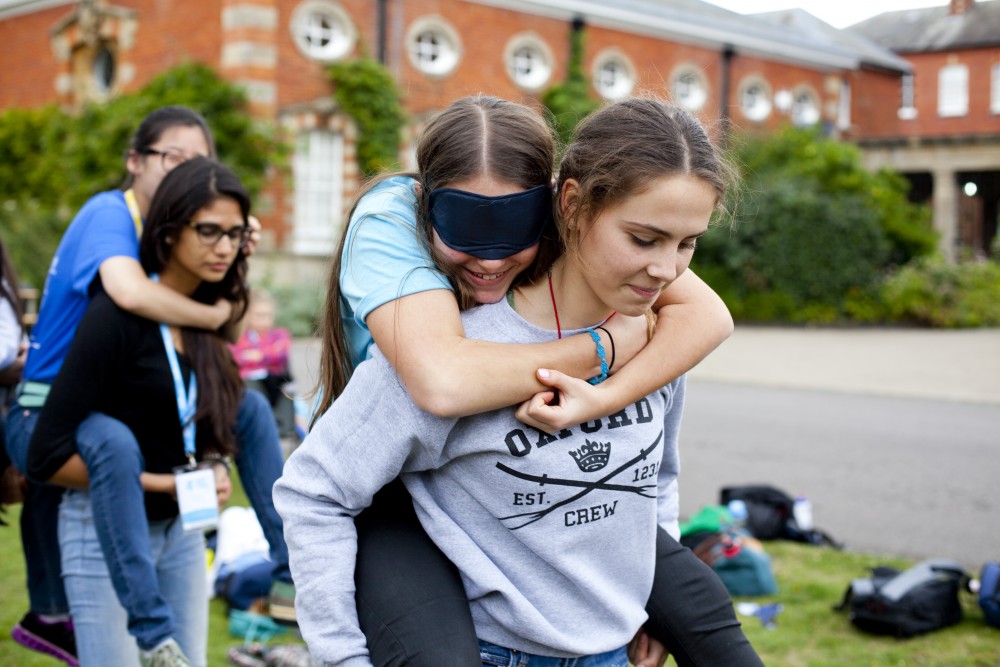 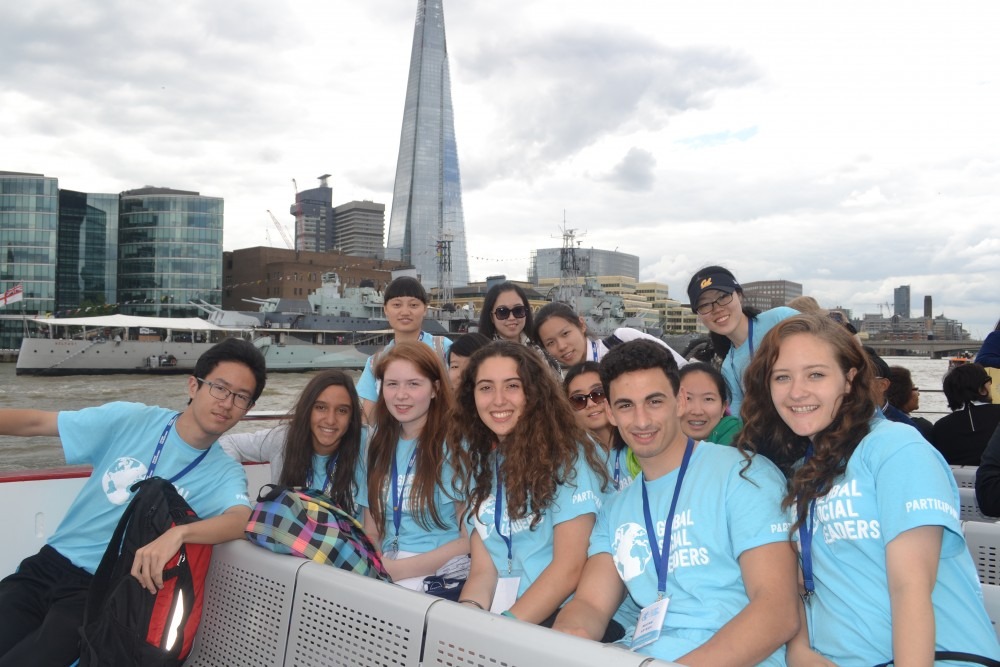 What to bring to the residential

Please wear casual, comfortable, appropriate clothing, bearing in mind that we will be doing some physical activity:

Please note that these are only suggestions. We will be posting any additional specific information on this page and will keep it updated!

A musical instrument (if you play one) 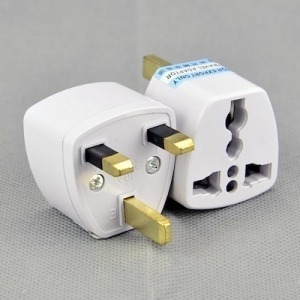 What NOT to bring:

If you are unsure of something you wish to bring please contact us on social.leaders@future-foundations.co.uk

Get your Hoodie before you come to the uk

Pre-order a GSL jumper (hoodie) for only £25 today and collect it at Wellington College during the GSL World Summit. The regular price on programme is £35 so you will save ten pounds!

GET MY GSL HOODIE 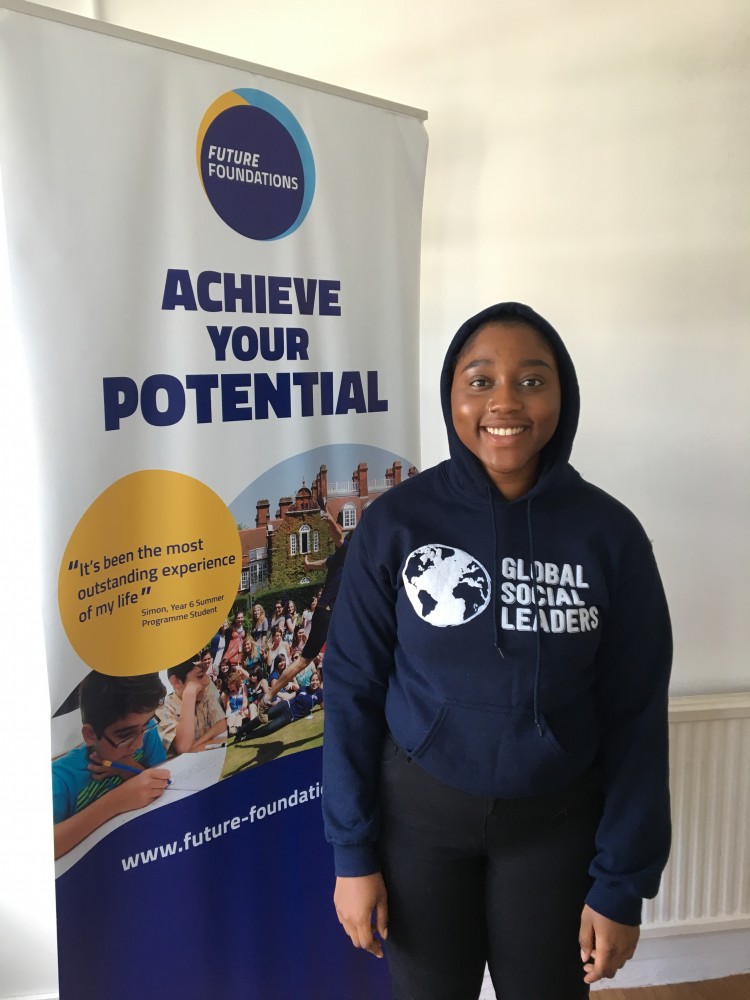 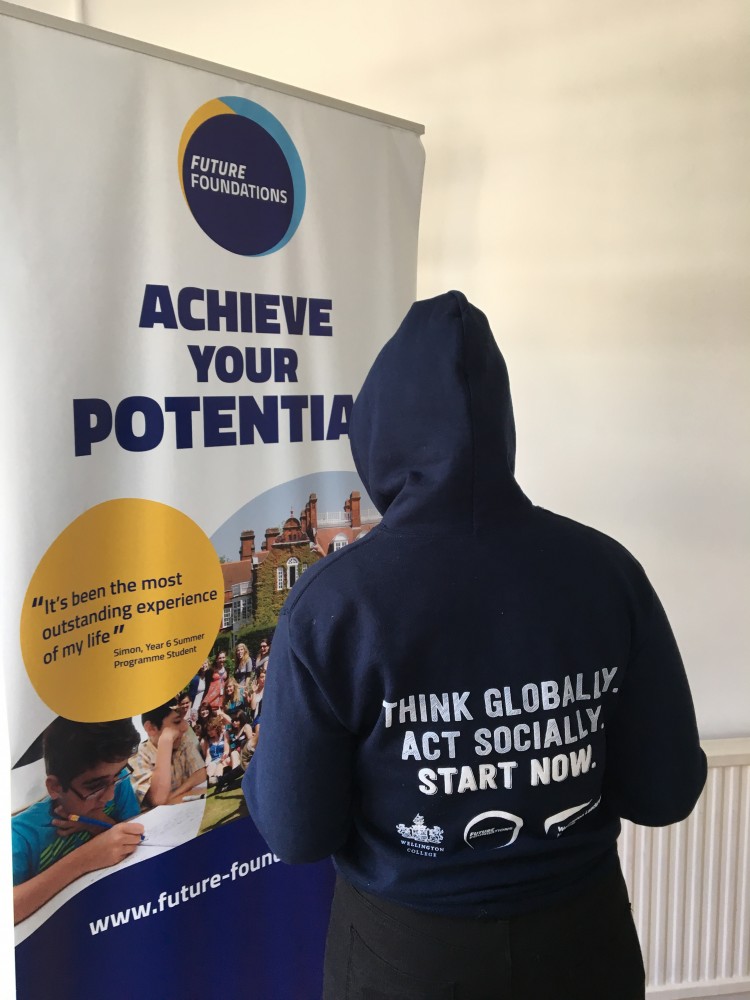 We suggest to book your departure flights on Sunday August 22nd after 5PM (if possible) to ensure everyone can be present for the closing plenary.

A Day in the Life OF a GSL Participant

We asked our previous GSL participants 4 questions to sum up their experience at the GSL World Summit. Click below to read what they had to say:

Can you reflect how you felt at the start of the program versus the end?

At the start of the program I was really nervous about meeting new people and if I had to get up and speak in front of everyone. I didn’t have a lot of confidence in myself  and I thought I wouldn’t be able to really connect with all these amazing people from all over the world because I felt like my confidence was so low compared to everyone else in the program. However at the end of the program I was so glad that all those feelings I had at the start were almost non-existent. At the end of the program I could feel a significant difference in my confidence and I was more open to speaking in front of people without feel so self-conscious all the time, and I was more aware about other issues in the world. The atmosphere throughout was always amazing everyone was so friendly and all the coaches made everyone feel so welcome. At the end of the program I loved how I had made so many friends from so many different parts of the world, I now have so many different friendships with people in different countries, I still keep in touch with them and I plan on treasuring those friendships for many years to come.

Could you briefly describe a typical day at World Summit?

Firstly we would all meet in our common room for registration and then head down to an amazing breakfast were we’d sit and chat to each other. Then we would have a morning plenary every morning and each morning the plenary would have a different theme for example two themes we got were: authenticity and mindfulness. Then we would usually split up into our teams that we were put in at the start of the summit. Here we would be in classrooms and we would talk about different worldwide issues, what we would like to change, we did a lot of team building exercises and we discussed a lot about the different sustainable development goals. Then would go for our lunch in the dinning hall which was always pretty good. The afternoons were also usually spent in our teams and then later in we’d go into the dining hall for dinner. In the evenings we would normally do different activities or have free time were we could all come together and do fun activities like different sports, play music and just talk with different people and have a good time. Then we would head back into our boarding houses and we’d chill out there sometimes with hot cocoa and biscuits until it was time for lights out.

What would you say to friend who is considering attending the GSL world summit?

I would tell them about how amazing the experience was. All the people are so incredibly friendly and welcoming from the start. I’d tell them about the amazing opportunity you have to make amazing friends from all over the world and form friendships that will last for years and years to come. You have a lot of opportunities to speak in public and develop that skill. You get to get involved with a lot of different and interesting discussions about different world issues and what you would like to see change in the world. You get to do really fun team building activities with amazing people. Overall it is an amazing and unforgettable experience and you should definitely consider going because you’ll have memories and friendships that will last a lifetime.

I’m sure you had a moment or memory that stood out to you during the programme. Please describe it?

One evening we had a GSL talent show; it was such a fun night with great people. Each team had to perform a skit that they had prepared based on a sustainable development goal they were given, a place the skit had to be set in and a theme. Also people could display an individual talent they had. Also the coaches did a skit as well which was so fun to watch. Siting in the audience and taking in part in this with amazing friends was what made this such a fun experience. There was an amazing atmosphere, everyone was supporting each other and having fun. Some of things performed were really funny and really fun to participate in. Overall this stood out to me because all of us came together and had such an enjoyable night- I didn’t want the night to end!

Can you reflect how you felt at the start of the program versus the end?

At the beginning, I was quite nervous as I was not confident with myself. I was new to the UK and my English was not as good as it is now, and personally felt like I could not express how much I wanted to help my community and my school. This is because my school was greatly affected by the Grenfell Tower tragedy during that year and I could see that something had to be done to help the younger pupils. On the first day, I realised that I was not the only one who was feeling that they had to start something to help their communities; each of us had different reasons, some were concerned about the wellbeing of women in India others about the education of refugees. It was the best feeling, seeing that I was not the only one who wanted to make some change and that I wanted to put some action in board. The coaches were reassuring, giving us all their knowledge about how we had to plan our projects and how to deliver them in the most successful way. I would say that after the first, I felt that I was part of a big family who cared about general issues even though all of us came from all the corners in the world.

Could you briefly describe a typical day at World Summit?

I remember that every day early in the morning we used to have sessions of Yoga or Football. I remember that me and my friends used to go the Yoga sessions because it was a way to start the day with a lot more motivation and happiness. After, we used to have sessions which helped us understand what was leadership and the different types of leadership that we could use. Later in the evening, we had some free time in which we could play games together or watch films. It was the best summer of my life and I would love to be part of it one more time.

What would you say to friend who is considering attending the GSL world summit?

I would say that the programme allows us, young people to form a network around the world as well as making friendships for a lifetime. It helps us to get out of our comfort zone by recognising global issues and coming up with social action projects.

I’m sure you had a moment or memory that stood out to you during the programme. Please describe it?

One of the many memories I have of GSL was when I decided to step out and tell everyone my personal experience of being an immigrant. This was an emotional moment that I had as I never had the chance to tell everyone my own personal experience throughout my life as an immigrant. I remember that after this, so many of my new friends understood a bit better the life of an immigrant and that made me feel great because I saw some changes in their view of an ‘immigrant’. This was clearly a highlight of my journey in GSL because I was a quite shy person, which never had the courage to step out and speak in public without being terrified of people’s reaction. It made me so confident that I started being more active in public discussions and enjoying debate competitions.