Last Saturday 28th of November, Global Social Leaders had the privilege of joining the Small Robot Company at the New Scientist Live One-Day Virtual Event: Future of Food and Agriculture!

The online event was curated by New Scientist Live for anyone who cares about what is on their plate, and how it gets there. Through a day of inspiring talks, demos and interactive sessions, viewers were able to discover how science and technology is making it happen!

At the Small Robot Company’s virtual exhibition stand, guest speakers from Global Social Leaders (GSL), the Eden Project, Ellen MacArthur Foundation, Paul Clarke CBE and CTO of Ocado, entrepreneur and equality ambassador Janvi Patel and The National Trust (to name a few!), addressed the questions; How can we make positive change, finding practical solutions to resolve the challenges of our time? How can we rethink and redesign our future?

Find out more about the sessions lead and composed by GSL below. 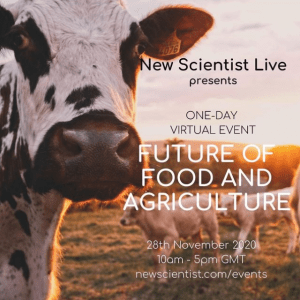 At 12:00pm Katy Granville Chapman and Emmie Bidston, co-founders of GSL and Directors of the Wellington College Coaching and Leadership Institute, took to the virtual stage to discuss how to make positive change and find practical solutions to resolve the challenges of our time.

To begin with, Katy and Emmie told a story – the true story about the Race for Flight, to invent the first manned flying machine. The most prominent people in this race were Samuel Langley and the Wright brothers. Both recognised the importance and benefits of such an invention, but both approached the task in very different ways. Langley had all the money and the resources, so was able to hire the greatest minds to work on the project. He was more focused on the economic gain of succeeding. On the other hand, the Wright brothers had little money and few resources, but they were determined to do something amazing and to change the world! It was this passion and motivation that led to them winning the race. Katy and Emmie wanted to emphasise with this story that you can make change by having passion for a cause and a clear purpose.

They proposed a couple of questions to the audience to make us think about what we are passionate about and the things that we would like to change in the world. The first was – if you had £1 billion what is the challenge that you would like to solve? Both Katy and Emmie explained how they would use the money for Quality Education for all, as education is key to understanding the world we live in, the challenges we face and how we can live more sustainably. The second was – if you had a billboard in Piccadilly Circus, what message would you write on it? Emmie would remind people that they are loved and have value. Katy’s message was ‘Be brave enough to love generously’. Both are beautiful messages that everyone needs to hear!

This led them on to discussing how young people can take action and introducing the Global Goals Competition. They gave some examples of the amazing projects that our young people have completed and how they have made a positive impact on their local communities. It really demonstrated that even the smallest actions can make a difference. Many in attendance expressed how impressed they were with the competition and how pro-active these young people are!

The overall takeaway from Katy and Emmie’s talk was that we all have the power to do something. We can all make a difference by taking small actions and making small changes. A great quote they used was;

‘I always wondered why somebody didn’t do something about that, then I realised I was that somebody.’

Finally, but most importantly, we must all ‘be brave enough to love generously’! 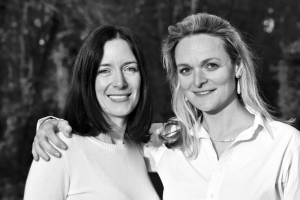 At 12:30pm and 16:00pm a panelist discussion involving leading education organisations and GSL partners – Ellen MacArthur Foundation, the Eden Project, the World’s Largest Lesson and AimHi – gave insight into how to take action and make a positive difference to our environment. The panel was hosted by Ella Simms.

Millie, from World’s Largest Lesson, spoke about their work to educate young people about the Sustainable Development Goals. Her advice for a small action we can take, is that when we are sat down for dinner, we look at the food in front of us and think about where it has come from and if it is sustainable. You don’t have to then go away and completely change where and how you source your food but start thinking about the small changes you can make. Such as buying seasonal fruit and veg from local suppliers or growing you own!

Matthew, from AimHi, encourages people to start with curiosity and to learn about the environment and the challenges we are facing. He would like people to go out and connect with nature, to fully understand the world we live in and how we can have a positive impact.

Sam, from the Eden Project, followed on from Millie’s advice and encourages people to take action with food. She spoke about the Japanese concept of ‘Ikigai’, which means ‘a reason for being’ – to think about what you are passionate about, what do you love and what does the world need. Then link up all these things to find your purpose and how you would like to make a change.

Ilma, from the Ellen MacArthur Foundation, spoke about the circular economy. The circular economy involves looking at how can we take the resources we need from the Earth, while having the least amount of impact, reducing waste and preserving the environment as much as possible. Ilma’s advice for something we can do is to try and engage others by thinking about our sphere of influence. This might be friends and relatives – how can we encourage them to make a change?

All four of the panelists emphasised that we all have the power to do something, but we should not feel guilty about what we cannot do. We can’t change the world overnight, but if everyone takes small actions to live more sustainably, then we will see the benefits in the long run. 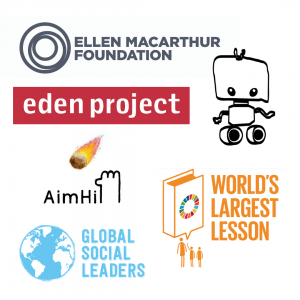 During the last talk of the day we heard from Janvi Patel, advocate for change in the legal profession and board member of the Free Periods not-for-profit campaign group.

Janvi told her inspirational personal story about how she has been driven to make positive change to girls and women’s lives. After being caught out nearly every month for forgetting her menstrual products whilst at work, Janvi started thinking and researching about how the law could be used to set a piece of legislation in place that gives young people access to free menstrual products.

After connecting with Amika George (British student, activist and founder of Free Periods) and the Red Box Project UK, in 2019 Janvi saw the two charities club together to launch a legal campaign against the government, calling on them to provide free period products to young people in education.

The campaign made waves in the media and they secured funding to explore the legal challenge further. Then, in March 2019, an announcement was made from Parliament that they were to provide free sanitary products to young people in secondary schools and colleges in England.

But… primary schools were missing from the government’s scheme. Free Periods and the Red Box Project continued campaigning for primary schools to be included, and in April 2019, the decision was made to extend the campaign to primary girls… which meant they had reached their goal! The two groups then focused their time on seeing a nationwide scheme funded by the government, which launched in schools and colleges in January 2020.

Janvi spoke at length about how this huge campaign started from one small spark, or a series of small sparks, which then collected together to create a massive impact. She was sure that though they have in essence reached their ‘goal’ Free Periods still have a way to go, using the example of Scotland recently becoming the first nation to provide free period products for all.

When thinking about purpose, Janvi reflects on her journey and then looks to the future. She uses vision boards to visualise what she wants to achieve over the next five years, and then shares these thoughts and feelings to a soundboard of people she trusts. In finding purpose Janvi has bucket-loads of ambition, but admits that it has been a hard road to realise that she simply cannot fix everything. 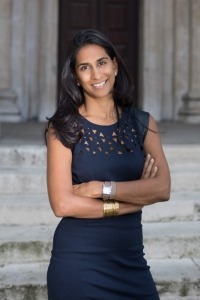 A huge thank you to the Small Robot Company for inviting Global Social Leaders, and a group of incredible organisations we have the privilege of working with, to speak at the Future of Food and Agriculture.

The Small Robot Company was founded in 2017 and endeavors to replace tractors with accurate, smart, lightweight robots. Their vision is to make food production sustainable, reducing farming’s impact on the environment and increasing farm outputs globally. The company is one of Global Social Leaders most trusted partners. Ben Scott-Robinson (co-founder) delivered a truly inspirational speech at the GSL Festival @Home in June (which you can watch by clicking here), and they were also involved in the GSL Summer Catalyst @Home, setting a challenge for the participants (find out more here).