We are delighted to introduce our first blog from a team of extraordinary young people that have entered our Global Social Leaders Sustainable Development Goal competition.

The aim of the competition is to develop young peoples’ understanding of global citizenship and how to turn their ideas into reality. Student work in teams are are challenged to plan and lead a project which addresses one or more of the United Nation’s Sustainable Development Goals, to enable global change on a local scale. Future Foundations offer free support and encouragement for teams by providing an online project framework, resources, guidance and feedback as they develop and implement their project. 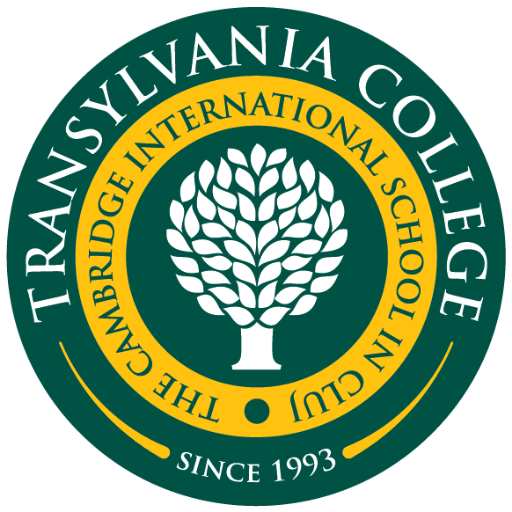 Read on to hear how the team from Transylvania College, a member of the COBIS schools association are getting along.

Our project to “Revive the nature related traditions!” has 2 main goals.

Why this Project is Important

In the beginning, the main needs in the region were:

However, after working in teams with the students from the local school, additional needs were identified and a second project phase was created to:

Young people in Baisoara are generally involved in agricultural activities, as they need to help their parents. Those who would like to achieve more academically are aware of their better chances in a school from the city, but the distance is an impediment. Another important aspect to be considered in this project is that Muntele Baisorii is turning from a beautiful traditional mountain village into a busy tourist resort. There are 2 ski slopes, but the modernisation has affected the environment and the local traditions which are mainly linked to the nature.

Old villagers remember the very old and so valuable aspects of local culture and are willing to share their knowledge with us. We have identified the need to raise awareness related to this traditional heritage and encourage the young generation of people in the region to go back to their roots, be proud and do not let it be forgotten. Oral history is already part of the curriculum here at Transylvania College in both primary and middle school. The Global Social Leaders SDG competition has given us the incentive to  transform this topic into a service learning project, led by and involving all the students in grades 4 and 6 and also some of our high school colleagues from year 11 who are supporting students. 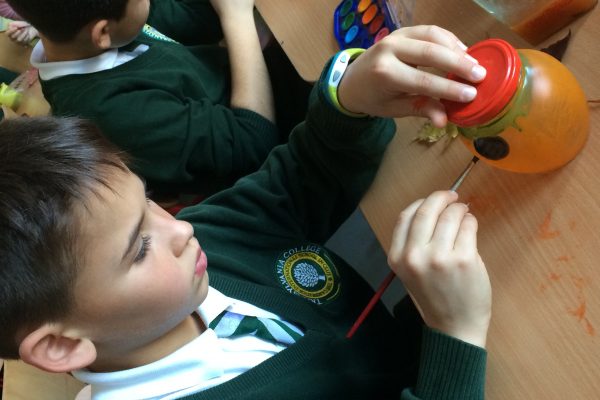 We wanted to sell something too, as a fundraising activity, so the week before we organized at Transylvania College a crafts workshop and produced hand lamps by decorating jars with leaves or thread or by painting them. All the jars were sold and we were very happy that people liked them.” 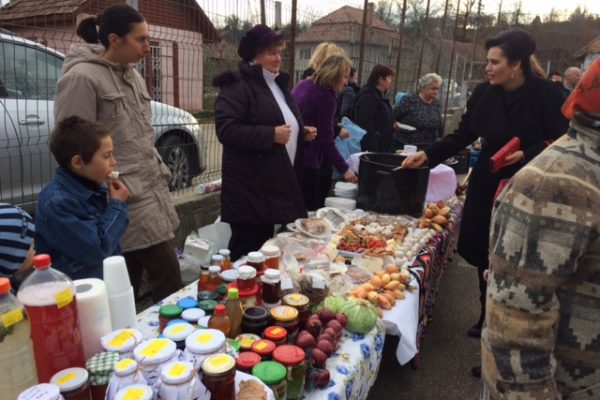 Parents, grandparents, students and teachers were working together for our cause, but also having fun, being proud of their home made products and grateful for what the mountain is generously giving them – blueberries, raspberries, cranberries, fir buds, orchard fruits and so on. 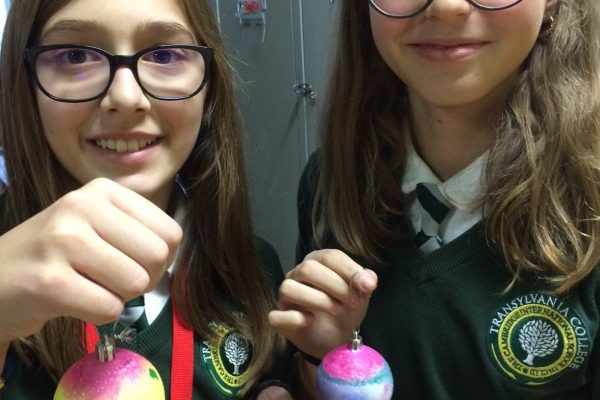 In order to raise awareness of the traditional heritage – one of the main goals of our project , on 29th of November 2017 Transylvania College students celebrated Romania’s National Day by organizing traditional workshops.

We are wearing the national costume and we look so good! Now we learn how to make dolls on wooden spoons and dress them like we are. Did you know that the Dacians’ costumes were so similar to ours, that a Romanian peasant visiting the Trajan’s Column in Rome was mistook by the reporters as a Dacian? – we learned that in our History class. 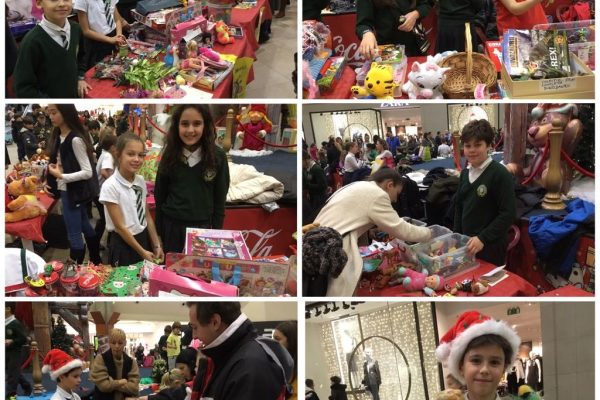 Continuing our SDG project aimed at developing the school and community of Baisoara, on the 8th of December ran a Winter Bazaar at the Mall. Students sold toys and books in order to raise funds for the ‘Mircea Luca’ School in Baisoara, Cluj county.

Prior to this event, we organized Christmas decorations workshops at Transylvania College for primary school students and invited parents and grandparents in order to create a traditional family atmosphere. The products were donated to be sold at the Bazaar. The 600 Euros raised in this event were used to buy books – a list agreed with the team from Baisoara and with a bookshop. The books were donated during their visit to the college in December.

We wanted to contribute to the sustainable development of the school and community of Baisoara, a small village and mountain resort near Cluj-Napoca. This project is now carried out at a much larger level, we have collaborated with the school in Baisoara though media workshops, visits and our “Rethinking Leadership” Round Square conference. Most importantly, we direct all our service activities in Transylvania College to raise money for various needs, projects or wishes that will help the students there. One of these service activities is the Winter Bazaar. More specifically, we will use the money raised on the 8th of December to buy books and create a much needed library in “Mircea Luca” school from Baisoara. 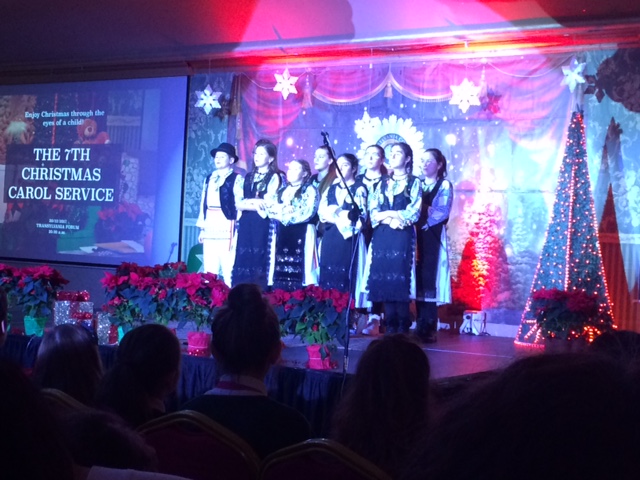 Trying to learn more about and keep alive the Christmas traditions, to share old, valuable aspects of local culture and to raise awareness about traditional heritage, we had several activities connected to traditional carolling.

Grade 4 and grade 6 students learned about “sezatoare” – a traditional gathering of the villagers, working together in one afternoon/evening to tell stories, riddles, rhymes and singing together. Then, a team got involved in preparing such an event in Baisoara, entitled “Grandparents’ Christmas“. We were so happy that our preparations went so well and that we were also learning so much along the way. Our students were invited to have parts/roles in this gathering. The event has sadly been postponed due to King Michael’s funerals, but we look forward to this taking place at another time.

In the meantime Year 11 students recorded a video of themselves performing a traditional carol from Iara village. A villager had told us that the community of Lara, in neighbourhood of Baisoara was famous for gipsy folklore and Christmas traditions, and that during her childhood people were very enthusiastic about these carollers. So our students were happy to play the role of the guests coming from Lara. We have also organized a carolling event at TC, for primary, students wearing traditional costumes, carolling for their parents and other guests, moving from one class to another just like carollers moving from house to house on Christmas Eve, bringing joy, singing and receiving goodie

On the 20th of December, we invited our community once again to feel the Christmas spirit through the eyes of innocence and feel the rhythm of our favourite carols. Just like every year, the Christmas Carol Service was a charitable event. This year the funds were directed to our project ‘Revive the nature-related traditions’ in Baisoara. We had a special guest: the traditional folk group “Vlastari”, from ‘Mircea Luca’ school in Baisoara and before the performance we had a workshop involving students from the project.

Children With Cancer
Scroll to top