Let’s Levitate for a secure future

We are delighted to share a blog written by student Ipsita, from Thakur International School, Mumbai, who is part of team Let’s Levitate delivering a Global Goals project for the 2020-21 GSL Global Goals Competition. 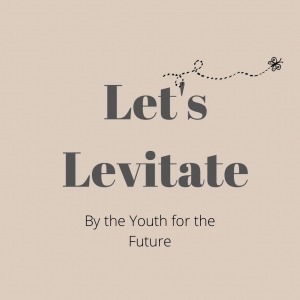 One day, I was sitting on my couch watching the news and got shocked when the reporter hailed ‘Climate crisis is an existential crisis!’ The word existential hit me really hard that I started educating myself about climate change. I realised that Asia (the continent where I lived) lies in the MAPA (Most Affected People and Areas) region. It was indeed true because Indonesia suffered with forest fires every year, heatwaves swallowed India this year, Filipinos aren’t aware of causes of typhoons even though about 18 typhoons occur there every year. This inspired me to start Let’s Levitate.

The reason I started out my project with Asia was, Asians contribute to half of the world’s population but only 2% of the people acknowledge climate change. I and my friends from India, Malaysia, Japan and Philippines joined hands for this project and discussed the problems that we faced and how much climate education has been acquired by the civilians. Sadly, it was much less. This situation made us more critical about importance of climate education and was one of the key reasons we started out.

I had no experience as a leader before but my fellow members supported and helped me in the times of challenges. We didn’t have a website or clear-cut aims so, we started with a small step which was educating our family members and neighbours about climate change and it’s impacts. We were still very unsure about each and every steps we took but we never stopped. We attended webinars hosted by Greenpeace staff and scientists and noted down how we can build campaigns and make them more appealing for the people to understand the current situation. “Team work can make a dream work!” was the quote each and everyone quoted. We realised our members’ importance and started working on SDG-11,13,14 &15.

The biggest challenge that I saw was if I failed to make a change as when people promise to bring about a great change they have a lot of expectations from them. Our age was also the biggest challenge as we are young and some did not call youth old enough to work on such projects and saw old Asians underestimating youth activists on social media as it was our time to study and not ‘fool around’. Certain youth climate activists from Nepal, India and Philippines were jailed by the authorities which brought our project to a standstill but we did not stop.

We started to become stronger everyday by engaging with young students conducted sessions on quality education which includes education about climate change. We made our first coalition with a local Indian organisation and supported each others work to create a larger impact.

We aim to connect with local organisations and educate more people about climate change and overall effect on humanity and help most of the Asian countries achieve net-zero carbon emissions by 2050 and believe in putting the way forward for our actions to make difficult things possible. I personally recommend all my friends to write down what kind of future do they want to live in and take suitable actions NOW as WE ARE THE FUTURE! I believe “Climate justice needs justice in all spheres!” and urge youth to be united for our future and want each and everyone to make themselves feel proud of whatever initiatives they are being a part of. Lastly, I feel really optimistic about our future actions and work as we all are working for a greater good.

Recycle The World: Be the Voice of the Earth

Partners with the environment
Scroll to top