We are delighted to introduce our speakers line up for the GSL Festival @Home 2020. 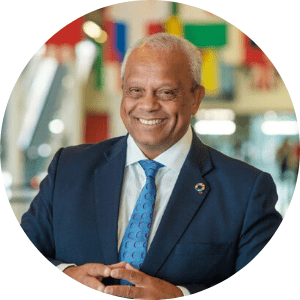 Lord Hastings is currently Chancellor of Regents University, and is the Former Head of Citizenship at KPMG International. Previous to this he was the BBC’s Head of Public Affairs and then its first Head of Corporate Social Responsibility. He also held the position of chairman of Millennium Promise UK as a member of the global Millennium Promise Board and is a vice president of UNICEF.

Between 2007-19 Lord Hastings attended the World Economic Forum in Davos annually and led the enquiry into the Future of Civil Society for the WEF and worked on the Role of Business in Society network. In 2014, Hastings was conferred with a Doctorate in Civil Law from the University of Kent, Canterbury in recognition for his leadership at KPMG, the BBC and for his work in international development and corporate responsibility. In 2017 he was installed as the Chancellor of Regent’s University London. 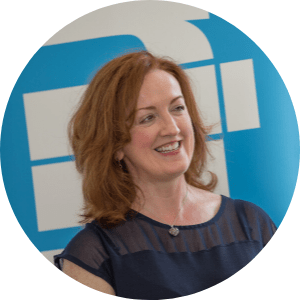 Shona has 28 years’ experience of working in senior leadership positions and was awarded a prestigious Eisenhower Fellowship for Innovation in 2014 and a NESTA cultural leadership award which took her to live and work in India. 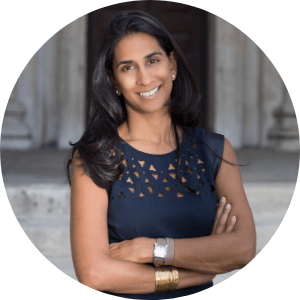 In 2007 Janvi co-founded Halebury, a pioneering new law firm that enabled legal teams to have access to senior in-house expertise on a flexible basis as well as a new career path for senior in-house lawyers. In 2018 Halebury was acquired by Elevate, a global law company providing consulting, technology and services to law departments.

As well as advocating for change in the legal profession, Janvi is a female founder and a strong supporter and advocate for women and children’s rights. Janvi is the advisory board member of Equality Now and the Children of War Foundation and a founding board member of the legal campaign #FreePeriods, which aims to end period poverty. Janvi was recently awarded an honorary degree from the University of Law in the UK. 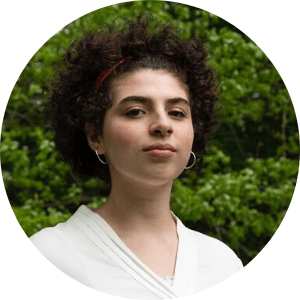 Noga Levy-Rapoport, 18, is a climate activist and organiser of the school strikes across the UK, fighting for an internationalist Green New Deal. She confronted corporate leaders directly at International Petroleum Week, and has spoken at, organised, and led several marches and events to demand urgent climate action.

She has written for and been featured across outlets including the Guardian, the BBC, and the Times, and was named one of the most influential Londoners of 2019 by the Evening Standard for her work on youth empowerment, educational reform, and systemic change from the grassroots to the global level. 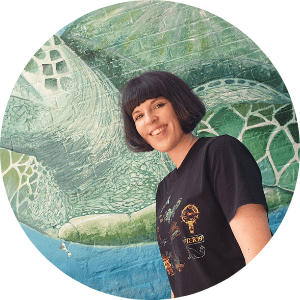 Ella Daish is an environmental activist spearheading a campaign to remove plastic from menstrual products. Her successful campaign is driving significant changes in the period industry and has so far saved 16.7 tonnes of plastic annually. She is influencing manufacturers to make real changes and councils to spend their period poverty funding on eco-friendly products.

Ella won the Climate Coalition’s Green Heart Hero Award for Individual Inspiration in March 2020 for her campaigning and activism efforts and has been included on The Big Issue’s Top 100 Changemakers of 2020, as well as being named on the BBC’s 2019 100 Women List. In 2019 her #EndPeriodPlastic campaign won Surfer’s Against Sewage’s Plastic Free Award for Best Campaign.

Working tirelessly, Ella manages all aspects of the campaign including press releases, social media content, strategy and face to face meetings with companies, local authorities and governments. She is dedicated to making positive change happen for people and the planet. 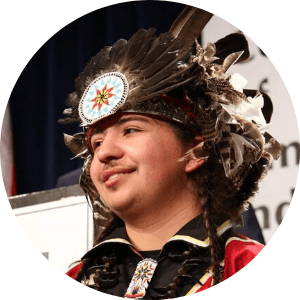 Sonny is a Kanien’kehá:ka Bear Clan member from the Akwesasne Mohawk Nation in New York. He is a Senior in the Legal Studies major at SUNY Canton. In 2015, he was invited to serve as a youth panelist at the White House Tribal Nations Conference, where he met with President Barack Obama to discuss higher education opportunities and de-stigmatization of mental health issues.

In 2018, he was invited to serve as a representative at the 17th session of the UN Permanent Forum on Indigenous Issues (UNPFII17). The same year, he was the recipient of the Vice President for Student Affairs and Dean of Students Speciality Award at Canton, in recognition of his successful campaign to hang the Iroquois flag across campus and play the Iroquois anthem at all men’s lacrosse games (becoming the first NCAA university to consistently do so in 2018).

Sonny has also served as the Student Government Association President and Budget Director at SUNY Canton. He is an attackman on the SUNY Canton lacrosse team and has coached youth sports. He is a passionate advocate for suicide prevention, seeking to destigmatize conversations about mental health, and petitions for Indigenous representation in decision-making processes. 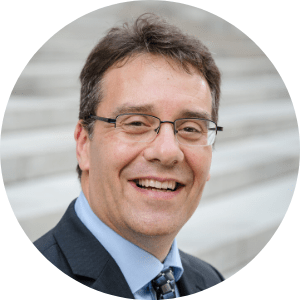 Matthew T. Lee is Director of Empirical Research at the Human Flourishing Program in the Institute for Quantitative Social Science at Harvard University. He is co-author of “The Heart of Religion” and co-editor of the forthcoming volume “Measuring Well-Being,” both with Oxford University Press.

He is also a Distinguished Visiting Scholar of Health, Flourishing, and Positive Psychology at Stony Brook University’s Center for Medical Humanities, Compassionate Care, and Bioethics and he previously served as Chair of the American Sociological Association’s Section on Altruism, Morality, and Social Solidarity. His research explores pathways to human flourishing, benevolent service to others, and the integration of social science and the humanities. 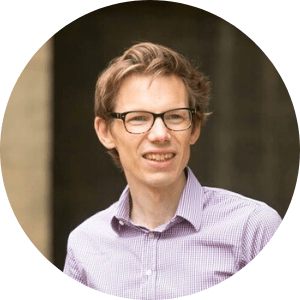 At Oxford, he founded and directs the Oxford Global Leadership Initiative, and is the director of a new three-year research project on culture, character and leadership in the business, finance, law and technology sectors. Amongst current writing projects, he is editing a book on The Arts of Leading: Perspectives on Leadership from the Humanities and Liberal Arts, and finishing another book on the virtue of hope: What May I Hope For? Modernity and the Augustinian Virtue of Hope. He holds a PhD from the University of Oxford. 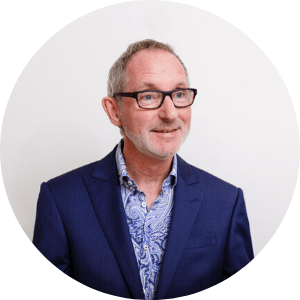 Alistair Bullen is the founder of ABA – a branding agency that specialises in the educational sector. It principally delivers consultation, strategy and creative services across the three platforms of culture, brand and marketing.

As a company they have serviced the educational sector internationally since 2008.

Their work includes major academy chains in the state sector such as Oasis and AET, as well as with a wide range of private schools and educational service providers such as Oxford University Press.

Alistair is also a regular speaker at key educational events and an experienced coach for senior leaders in education, commerce and the charity sector.

MEMBER OF YOUTH PARLIAMENT FOR THURROCK 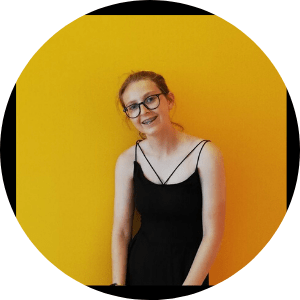 Alicia is a member of youth parliament for Thurrock, however she is more well known for being a young carer activist and raising awareness for young carers! She started out by using twitter to express life as a young carer and the fact adults didn’t listen.

Alicia sits on the ministerial steering group for carers where she represents the voices of young carers nationally as well as helping shape policy for young carers. 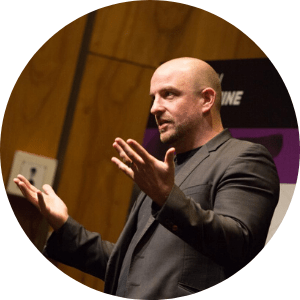 Ben Scott-Robinson is an accomplished digital entrepreneur focused on geospatial and mobility technologies.

He has 20 years experience in digital innovation, including the digital transformation of Ordnance Survey.

Scott-Robinson is also an experienced technology entrepreneur, having
founded two agencies, two consultancies, an app start-up and a phone for the blind. 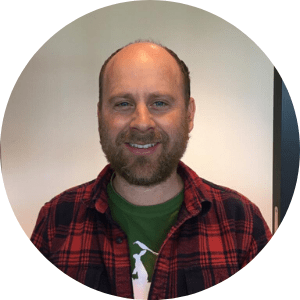 Zander is an advocacy, communications and campaigns consultant with over a decade of experience in Foundations, NGOs, international organisations and politically parties. He grew up doing youth empowerment work with his parents’ charity Peace Child www.peacechild.org. He rebelled against this musical theatre by going to work for the Tories in the EU and went on to work for Oxfam, the ONE Campaign and Gates Foundation in Europe, Australia, Asia and Africa. Zander is a co-founder of United for Global Mental Health, the world’s first global campaign on this important issue 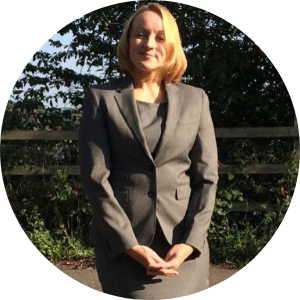 Susannah is a walking-talking-singing-dancing career portfolio Mum-of-3 with an international reputation for her expertise in education. Susannah has taught across all phases of education from early years through to University level. She is especially known as a parental engagement and home learning environment expert following her managing a Family Learning service at a local authority for over 9 years and progressing to working as national policy lead for England and Wales in Family Learning, Community Learning and Intergenerational Learning. She was nominated by the former Department for Business, Innovation and Skills to attend Her Royal Highness Queen Elizabeth’s Royal Garden Party at Buckingham Palace in recognition of Susannah’s contribution to Community Learning.

Susannah holds a Master’s degree in Educational Learning and Development and completed her dissertation in motivation in e-learning, which is particularly relevant given the current lockdown situation in society due to pandemic. Susannah has worked as an e-learning tutor in a variety of subjects and most recently has applied her skills in inspiring and motivating learners of all ages from 5 years and upwards, making the transition to teaching music lessons online using video technology during the pandemic. Susannah was Project Manager for the EEF-funded Learning Together Study. 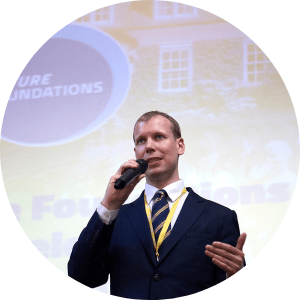 Jonathan joined Future Foundations in 2007, as Operations Director.  In 2011, Jon was appointed Chief Executive Officer. He has Project Directed the delivery of the British government’s National Citizen Service (NCS), working directly with the Cabinet Office.

He has since overseen the delivery of the programme with multiple regional providers and designed and delivered the NCS Leaders programme in partnership with the Wellington Leadership and Coaching Institute, the Cabinet Office and the NCS Trust. In 2017, Jonathan Project Directed a school-led response to the Grenfell Tower tragedy, organising 4-week summer programme for young people (and their families) living in the local area who were affected directly or indirectly.

Jonathan established the Global Social Leaders movement in 2013 in partnership with the Wellington Leadership ad Coaching Institute for young people from around the world. He has been recognised globally for his commitment to enabling young people to reach their full potential, with the Enactus Worldwide alumnus of the year award in 2017. 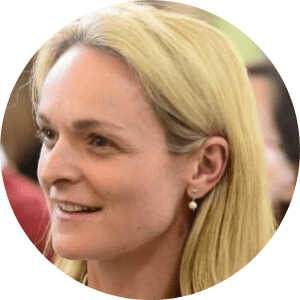 Katy is a Deputy Head, founder of the Wellington Leadership and Coaching Institute and author, with Emmie Bidston, of ‘Leader: know, love and inspire your people’. Before Wellington, Katy served in the British Army as a Troop Commander and then trained soldiers and young officers in leadership working in Iraq, Nepal, the USA and across Europe.

Katy is currently completing a DPhil at Oxford University asking how leaders cultivate flourishing and she has advised No 10, The Cabinet Office, England Rugby, the Civil Service and various other organisations on leadership and character development. Katy is also an affiliated researcher at the Oxford University Wellbeing Research Centre. 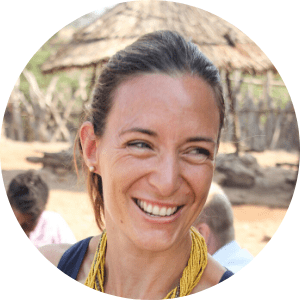 After graduating from the University of Cambridge with a degree in economics – and before going into teaching – Emmie Bidston worked for the Civil Service developing policies for the British government, in a range of areas from education to contingency planning. She is currently head of economics at Wellington College and director of the Wellington Leadership and Coaching Institute. She co-founded a charity to help develop young leaders in Africa and runs conferences, coaching and leadership training for adults and young people. She is also the co-author (with Katy Granville-Chapman) of ‘Leader: Know your people. Love your people. Inspire your people’,

CLICK HERE | TO FIND OUT MORE & REGISTER
Scroll to top