A total of 1,753 young people aged 11-15 from 196 schools nationwide took part in a fully funded virtual summer school in July and August of this year. The GSL Catalyst @Home was funded by Innovate UK, delivered by Future Foundations and facilitated by a team of outstanding coaches and mentors.

Some of these facilitators wrote blogs detailing their experience of the programme – reflecting on their highlights and memorable moments. Keep reading to uncover what it is like to be a Future Foundations/Global Social Leaders facilitator… online!

Over three amazing weeks, the GSL Catalyst @Home programme connected young people across the UK over global and local issues, shared passions and visions for a better world and how to boost personal wellbeing.

Some might think that delivering the same content for three weeks would mean each week was the same. Not at all! With three different cohorts of young people, they brought different personalities, ideas and interests resulting in no two sessions being the same. For me, this was a highlight of the programme. Hearing about the personal projects, hobbies and passions of the young people was inspiring and uplifting. 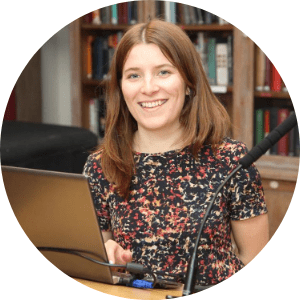 I left the sessions impressed and inspired by the young people’s capacity to experiment, learn new skills and be creative. The ‘just do it’-attitude that these young people displayed was refreshing and I think is something that can be too easily left behind as we age and become focused on the risks and overthink situations.

The first session on Monday morning was always a quieter and more reserved one. The young people were cautious to contribute and preferred to write in the chat box rather than unmute themselves. This, of course, is very understandable! For many of them the technology was completely new and with between 70 and 80 young people on the call, most people not knowing anyone else, it’s a big audience to speak to. Many adults would be daunted by this! Every Monday though, there were always a couple of young people keen to share and they led the way, encouraging others to share with the group.

By mid-week, it was a pleasure to see young people who hadn’t volunteered to speak at the start, now confidently sharing their ideas with the rest of the group. The young people commented in the chat box when they really agreed with a peer’s idea or wanted to express appreciation for a poem or painting shared which created a supportive and engaged environment.

Through interactive polls, games and encouraging verbal contributions, the young people undoubtedly grew in confidence. They became increasingly comfortable with the digital space and used it to create supportive connections and interesting discussions. It was a unique opportunity for them to connect with peers from across the UK and hear from inspiring speakers immediately, easily and safely and I believe they will have all benefited in some way from it. One girl even asked if the programme would be repeated next summer for her to attend again!

The highlight of the programme for me was seeing young people from all around the country come together in a safe space where we laughed, joked and even at times cried! I felt the young people really needed this programme and it was wonderful to see them be so supportive to each other.

In a room full of people, there will always be a few that are confident to stand up, talk and take centre stage. I always applaud those people and rate their confidence. However, there are always a few that are happy to let others shine and so take a back seat.

The lightbulb moment for me was encouraging those less confident young people to talk, sing, play an instrument or give their opinion on something. When the less confident people took up the challenge they literally got a standing ovation and it was a highlight for me to see the expression on their face and to see all the young people in the zoom meeting support those who do not always get acknowledged. 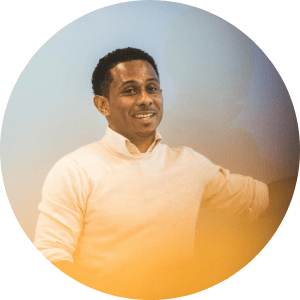 Being part of the first ever GSL Catalyst @Home Online Programme has been so exciting and such an honour.

I remember feeling very impressed that we were able to adapt the programme to be delivered completely online during such an unsettling time and to still have such an impact. I was also excited to be part of such a dynamic programme and a little apprehensive as to how it would all work.

Every time I deliver a GSL Programme, I am deeply touched and blown away by the level of conscious awareness and compassion that the young participants can demonstrate. The GSL Catalyst @Home was no exception to this, and in fact because we were able to engage with much larger groups from all over the UK, I believe it was even more powerful. 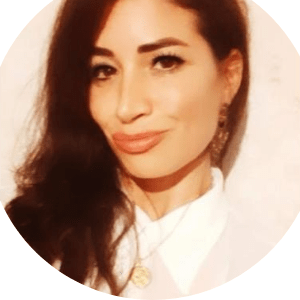 Another amazing thing about young people is their talent and creativity. We had so many accomplished participants across the whole cohort and in my groups, it was fantastic to learn about the various ways that they enjoyed expressing themselves. We had poetry, singing, playing of musical instruments, all kinds of incredible art from an array of medias, raps, digital content and much more.

My highlight from the programme was definitely these moments and how the whole group were so encouraging toward each other, they were great cheerleaders!

Exploring our passions and honouring them by committing our time and energy, is one of my biggest philosophies. On the ‘Passion for Change Day’ of the programme, we spent time sharing and discussing the issues that we are passionate about in the World. This brings incredible conversation and discussion and a great platform for all participants to share all the things that they care about, bring awareness to them and explore the change that they want to see in our World.

I asked my groups to create their own vision statements based on a future that they want to live in. This was my favourite part of this day.

It is a very empowering exercise. A way to share our voice, a call to action and a humble acknowledgement that at our core, we are all love and light.

With this being the First GSL online programme with almost 2000 young people over three weeks, I was excited and a little nervous to be leading such a big programme!

Throughout this interactive programme the participants demonstrated their understanding of Global issues and a willingness to make a change. It was inspiring to be a part of.

This was partly highlighted in the amount of quality questions that were put to our guest speakers on leadership, making change and how to deal with or overcome challenges when stepping up as a leader. 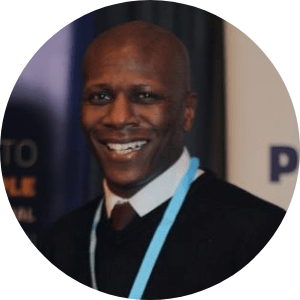 There were 15 guest speakers throughout this programme. To pay homage to all of them individually would make for a long blog! However I would add that all of the guest speakers inspired the young people in some way.

It was an incredible week of learning not just for the cohort but also for me and the rest of the GSL team. We had to deal with various technical challenges that we could not have accounted for, without prior experience of running an online programme.

This is what a journey entails – we plot and plan, then go do the work and in doing so we come up against things that we not in the plan. Yet if the cause is big enough and there is a willingness to learn, then unforeseen challenges will be met with openness and heart to do the right thing in the best way possible.

What an incredible few weeks of connection, learning, growth and laughter!

I was so proud to be part of these sessions. At first it was a bit worrying as we were all learning how everything was going to work out on this new online platform. With so many links and passwords I thought it was a recipe for disaster but the operations team of Future Foundations TOTALLY NAILED IT! And made it super easy to find where I had to go.

One of the best things about having the sessions online was that I felt it catered for everyone, however they were feeling. So some people were instantly super confident, and were fine having their videos and mics on. Others that wanted to be there, just in the background a little, were able to be present, but just listen and move at their own pace. Some people didn’t have a choice as they might not have had working mics or videos, but they were able to utilise the chat box really well to make sure that their voices were heard. 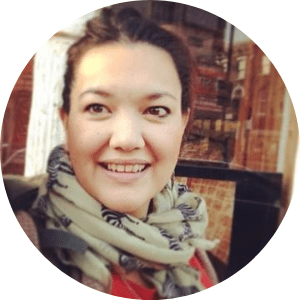 Some of the highlights of the week were in the big sessions when you could see that there were 600+ young people all taking part, and often engaging (through the chat box) and asking questions to the panel discussions.

I was happily surprised about how we were able to connect so well. Even though we weren’t together in person or in the same physical space, we still had an understanding of who the people were in our group and were able to get a glimpse of the different personalities in the room – and what inspiring young people!

So many already had great ideas for what they wanted to do. They were able to analyse and transfer skills that they have from hobbies, into skills that they could use towards working on their challenges. Many of the young people were already incredibly active in their communities, and if they weren’t then they were certainly inspired to get more involved and think about how they could create an impact around one of the UN’s 17 Sustainable Development Goals.

The feedback from the young people in the sessions was overwhelmingly positive. Their resilience and adaptability made the weeks a complete joy to facilitate!

My message to the young people that took part in the GSL Summer Catalyst @Home.

You all shared how passionately you feel about the issues that affect you and how you wish to make a change for good. You were never afraid to speak up about what is important and by sharing with each other, you all got to understand that “you are not the only one” that wishes to make a change. 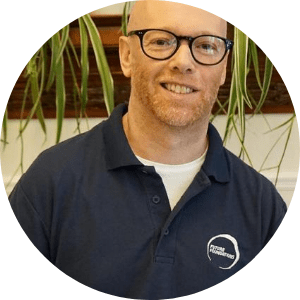 Thank you for tuning in to the Wellbeing Wednesday sessions. It was great to see your thoughts in the chat of how you to wish to find your own wellbeing, and that it is not something to find but something to remember. One last bit of advice – take your time to practice by taking everything step by step (remember the bridge visualisation). Good luck to you all and thanks for your honest comments.